What can a toothache be indicative of? 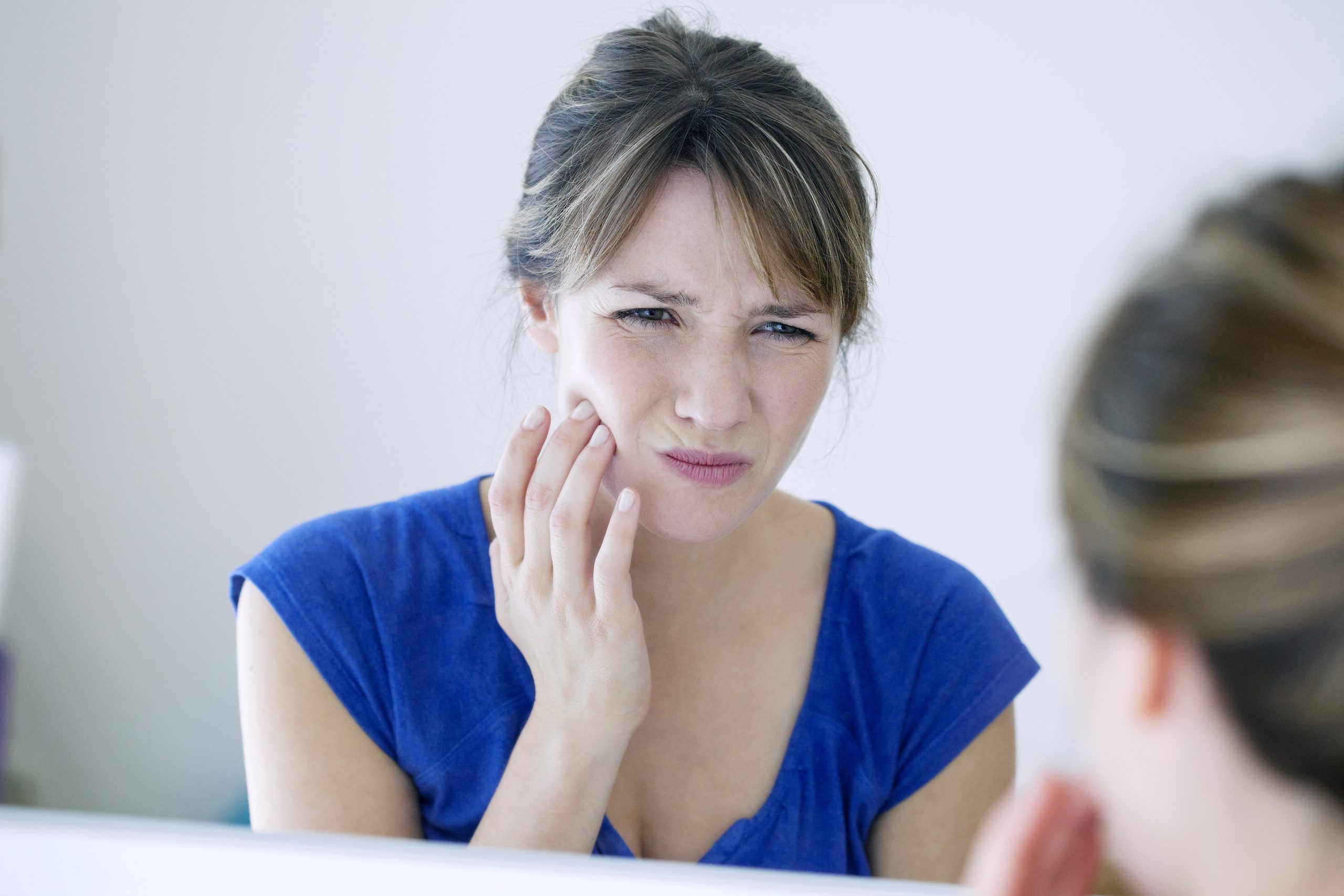 An annoying toothache can not only ruin our day, but untreated it can also lead to more serious health problems. Check what may be its cause and how to deal with it.

Dental caries is most often a result of improper eating habits and skipping brushing. Teeth should be brushed at least twice a day, optimally after each meal (remember, too frequent brushing can lead to sensitivity, so try to repeat this process in moderation). Don’t forget to floss, which will thoroughly clean the narrow spaces between teeth, which a regular toothbrush cannot reach. Mouthwashes will also be helpful in maintaining proper hygiene, but do not use them as a substitute for brushing your teeth.

For tooth decay caused by a poor diet, try to avoid sugary foods. Sugar that is deposited on tooth enamel is fermented, which in turn contributes to the proliferation of bacteria in the mouth.

When you struggle with acute but brief pain on contact with a particular stimulus, it may mean that your enamel is weakened. You recognize tooth sensitivity when the pain stops immediately after the problematic stimulus disappears. Such stimuli include cold or hot temperatures, and sour or sweet tastes.

Tooth sensitivity is caused by a poor diet consisting of many acidic sugary foods that contribute not only to enamel damage, but also receding gums. Many people don’t know this, but aggressive brushing also damages teeth. If you’ve noticed that your hand gets tense while brushing your teeth because of how hard you clench it on the toothbrush, it’s a sign that you need to be more gentle.

The answer to sensitivity is all kinds of liquids, gels or pastes designed for sensitive teeth. Your dentist may perform a fluoridation treatment.

A throbbing pain that increases over time indicates pulpitis. This condition develops gradually and is often the result of untreated decay or mechanical trauma to the tooth. Also, an improper diet can contribute to this condition.

At the very beginning, pulpitis may resemble hypersensitivity. This is because the pain is sharp and appears in response to contact with a specific stimulus. If left untreated, however, it will quickly turn into a persistent, continuous throbbing that gets worse when the crown of the tooth is touched. It may be accompanied by symptoms such as headaches, weakness or fever.

When the process of tooth inflammation becomes advanced, the only effective method is root canal treatment. Endometers are devices used to measure the length of the canal, which are non-invasive for pregnant women as well. They are what your dentist will use to perform the procedure, so you don’t have to worry about the appointment – endometers increase the effectiveness of root canal treatment.

Don’t ignore pulpitis. If left untreated, it can not only lead to further problems in the oral cavity, but also contribute to the development of rheumatic disease, myocarditis or brain abscess.

Stress and untreated psychological illnesses can contribute to psychosomatic pain, which is pain that is not conditioned in the physical. If you’ve done a number of tests and your dentist can’t find the cause of your problem, consult an experienced therapist.

This does not mean that your pain is contrived. It’s just that the mental anguish you’ve been feeling for a long time has begun to manifest itself in the form of a tooth disease. Either way, this is a problem that requires the help of a professional.

Who Likes Layered Hair and How to Style It?